A little while ago, a story of a therapy duck on a plane went viral–bringing the world’s attention to animal therapy and the possibilities it holds. I know it sounds ridiculous, you’re probably thinking, “A duck used for therapy? That can’t be effective.” But it is.

Carla Fitzgerald got into a horrible accident in 2013 that left her struck with PTSD. She’d have panic attacks, flashbacks, moments of intense fear–so her doctor prescribed her a therapy duck. Contrary to popular belief, ducks are actually very intelligent, exemplified by Daniel the Duck’s ability to tell when Fitzgerald is about to have a panic attack. Thus, because of Daniel’s calming skills, she brought him on the plane with her from Milwaukee to Charlotte, NC to Asheville, NC–where Daniel, dressed in bright red boots and a Captain America diaper, became an internet star.
So, it’s obvious that ducks can be used for animal therapy just as well as dogs, cats, or horses–but what about other animals?

Can other unusual animals be used for animal therapy?

It’s not hard to believe in the power of animal therapy if you have a pet yourself. You’re probably familiar with the feeling of coming home after a hard day just to have your spirits brightened by the love and affection of a pet. More and more research is being conducted on the positive effects of animal therapy–such as improving blood pressure, stress, anxiety, PTSD symptoms, depression, behavioral issues, and more. So far, most of the research has focused on dogs as therapy animals–but can other, less popular animals be used, too? Modern Farmer Magazine recently looked into this subject.

Equine Therapy. This is probably the most popular form of farm-animal therapy. Donkeys, horses, ponies, miniature horses–all of these are used in equine assisted therapy. Horses are frequently used as a way for troubled teens to learn natural consequences to their actions, how to form healthy relationships, and ways to cope with stress.

Goats. There are many nonviolent, kind breeds of goat out there–which makes them perfect for animal therapy. They’re cute. They’re easily trained. They’re social. They’re fun. Taking care of an animal like a goat releases feel good chemicals in the brain, decreasing anxiety and depression symptoms.

Pot-Bellied Pigs. For individuals on the autism spectrum, dogs can seem a bit intimidating, even scary–that’s where pot-bellied pigs come in. It’s hard to look at one and think it’s anything but cute and lovable. These types of pigs are also extremely relaxed and nonviolent, making them perfect for animal therapy.
Research outlining the massive benefits of animal therapy is already piling up–we can only assume that it will continue as studies turn to other, less common types of animals.

Asheville Academy can help your daughter

Asheville Academy is a therapeutic boarding school setting for young girls, ages 10-14, struggling with anxiety, depression, ADHD, and other behavioral or emotional issues.

For more information about how animal therapy at Asheville Academy can help your daughter, call 800-264-8709 today.

Horse Doctors: Ways Therapeutic Horseback Riding Can Help
Benefits of Equine Therapy: Forming Life-Long Skills through Horses
Healing with Horses: How We Use Equine Therapy to Help Our Students 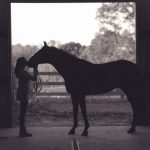 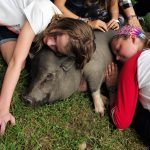 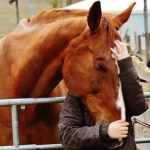 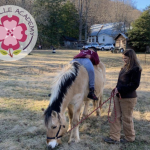